I am a graphic designer. I have run my own studio as from 1987, concentrating on book design, packaging and exhibition graphics. Especially worthy a mention is my extensive collaboration with the publishing company Gustavo Gili, a company that is renown for its special attention on the design of publications. The monographic publications designed by E C on Mario Botta and Alvaro Siza won the “AIA award on excellence in book publishing” on 1991 and 1995 and the book with the title “New York. Nomadic design” was awarded the “premio primavera del disseny” on 1995. I participated with an exhibition on the dwelling in the UIA 1996 (international congress of architecture), a contribution that was awarded the “premio fad de arquitectura de espacios efímeros”. In 1995, she designs her first industrial objects: a tableware series called “blau pics” (awarded with the premio expohogar 95) for the company aguadé ceràmica, a firm that she has successfully continued designing for. As from 2005 I design carpets and a wide range of home collections of the “biandco”. On January 2007, I launche my own collection of t-shirts that comercialize with the name lacoma. From April 2011 to march 2014 I have been part of the board of the fad. Nowadays the studio also designs webs and develops projects for bosch.capdeferro arquitectes, conxita balcells, and others; Corporate image for Naulover, Mas Doix and exhibition graphics for Generalitat de Catalunya. I have been in the design jury of Premis Ciutat de Barcelona in 2013 and 2014 editions. All through my professional career which reaches from graphics to publishing and industrial design, is characterized by my strive for simplicity, materiality, a sense of humour and effectiveness. 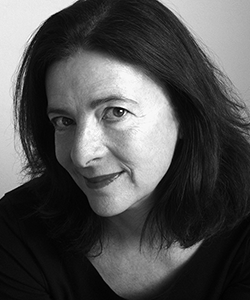